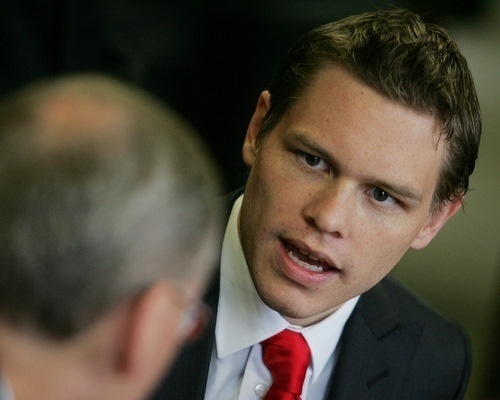 Jock Palfreeman, 24, has been kept behind bars in a Bulgarian jail after being charged with murder after an alleged street brawl in the capital Sofia at the end of 2007. Photo by BGNES

A 24-year-old Australian man, sentenced to 20 years in jail for murder in Bulgaria, has been "buoyed" by two police witnesses supporting his version of events.

Jock Palfreeman says he feels buoyed by the latest development as both police officers support his story that he was acting in self-defence when he pulled out a knife and fatally stabbed the victim, ABC News reported.

The Australian was convicted of murder over the 2007 death of Andrei Monov, 21, during a street fight in the Bulgarian capital, Sofia.

Witnesses are being cross examined against their original statements which they contradicted during the trial.

A policeman and a policewoman told the court on Thursday that, on reflection, they stood by their original statements that Palfreeman had gone to the aid of a Roma gypsy who was being beaten by a group of 12 Bulgarian men.