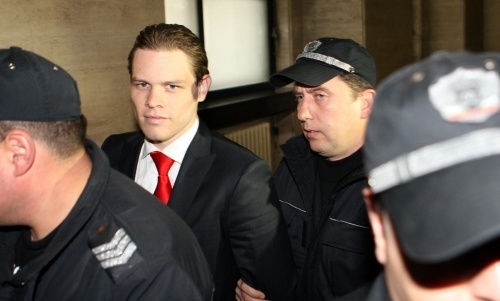 A 23-year-old Australian man, sentenced to 20 years in jail for murder in Bulgaria, will appear in a Sofia court on Thursday, the third day of his appeal hearing.

Two Bulgarian witnesses took the stand on November 11, but the court refused to re-examine CCTV footage or forensic evidence.

The two men, both policemen, Antoan Zahariev and Petar Katsarov, were asked to explain why they had said one thing in their police statements and an entirely different thing in the trial.

Zahariev confirmed that during the brawl he just heard an exchange of words, but did not witness any physical brutality. In his police statement Zahariev said that a fight between friends of his and a group of unknown people erupted on the day and site of the murder.

The witness Katsarov explained that he witnessed "a scandal" between the defendant and a group of young people, but when he moved closer to see what is going on everything was over. The policeman said it was his colleagues who told him about a group of Roma people being at the site of the murder, but when he went there they were gone.