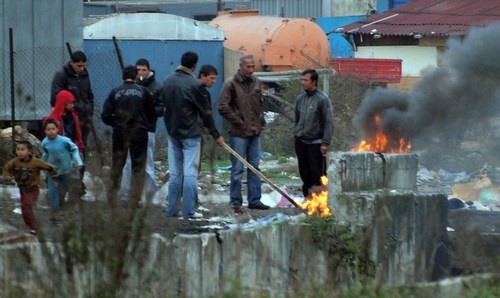 The Roma are forecast to become the majority in Bulgaria by 2050. Photo by BGNES

The Center for Demographic Policy in Sofia has alarmed that by 2050, ethnic Bulgarians would have become a minority in their own country.

Prof. Petar Ivanov from the Center has presented projections that the ethnic Bulgarians might decline to 800 000 in 2050. At the same time, there will be 3.5 million Roma and 1.2 million ethnic Turks in the country, he says as cited by the Trud Daily in an alarmist front page article.

If the current demographic rates are preserved, the Center has estimated that in 2100 there will be only 300 000 ethnic Bulgarians in Bulgaria, 8 million Roma, and 1.5 million ethnic Turks.

The Center for Demographic Policy refers to census statistics from the beginning of the 20th century showing that around 1900 there were 2.9 million ethnic Bulgarians, 800 000 ethnic Turks, and 60 000 ethnic Roma.

At present the ethnic Bulgarians in Bulgaria are estimated at 5 million, the ethnic Turks at around 1 million, and the Roma at 1 million, according to the center.

Trendafil Mitev, a political science professor at the University for National and World Economy in Sofia is cited as saying that the Bulgarian politicians appear to be helpless before the demographic crisis.

According to the dean of the Geography Department at Sofia University Petar Slaveykov, the demographic situation will lead to huge issues in the educational system and the science and creative potential of the country.

The Center uniting scientists, university professors and public figures is working on a strategy to avoid what has been described as a possible demographic catastrophe.

The organization has demanded a special institution to take care of ethnic Bulgarians, warning that at present there are institutions taking care only of the groups classified as ethnic minorities. It has also submitted a letter to Prime Minister Boyko Borisov warning him about the problem.