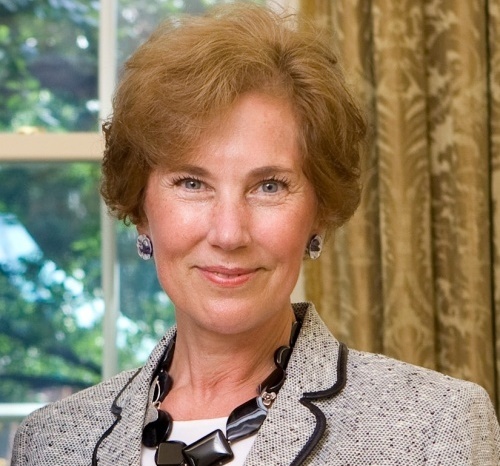 In August 2010, Elena Poptodorova started her second term as the Ambassador of the Republic of Bulgaria to the United States of America. Her first term was as Bulgaria's Ambassador to the USA was in 2002-2008.

In 1987-1990, Poptodorova was a Minister-Counselor at the Bulgarian Embassy in Rome and Consul-General of Bulgaria to the Republic of San Marino.

You have recently returned to the position of Bulgaria's Ambassador to the USA after your first term in 2002-2008. How would you characterize the present state of the Bulgarian-American relations? If the recent statements of senior US officials – that these relations have never been better – are true, what are the goals that you have set for yourself in your new term? I.e. where is the untapped potential?

Those statements are true to fact. Once the general political framework has been set with our NATO and EU membership, and with the signing of the bilateral defense cooperation agreement which makes the two countries strategic allies, Bulgarian-US relationship can follow only an upward trend.

While my first term was basically focused on those strategic goals, now the embassy should concentrate on the "infrastructure" within the political framework.

Energy cooperation has quickly become a priority area alongside the need to amplify the entire economic and investment sector.

The political-military cooperation will move forward on all aspects of regional and international security, such as the Western Balkans, Afghanistan, anti-missile defense etc.

Where do you see the major differences in the foreign policy of the Obama Administration vs. that of the Bush Administration? In general, how is the fact that Barack Obama is in the White House affecting and going to affect Bulgaria?

The Obama team succeeded to negotiate START 2 with the Russians and opened more venues for talks with them on security matters, hopefully on conventional arms as well.

The concept of anti-missile defense was further improved and developed to include all NATO allies.

There is a special focus on the Middle East peace process taking into account the concerns of both sides.

European allies are consulted on a regular basis. Bulgaria-US relations do not rest on expediency and President Obama has a solid base to build up.

Bulgaria will continue to be appreciated as an ally and a source of regional expertise.

Upon presenting your letters of accreditation in August 2010 for your second term in DC, you called upon America to invest in Bulgaria's energy sector (which would have both economic and political effects). After the recent visits to the US of the Bulgarian ministers of economy and finance, how do you see Bulgaria's potential to attract large-scale American energy investments?

This is work in progress – both bilaterally and on a broader scale. The Bulgarian government already passed a decision for opening tenders for shale gas exploration in Bulgaria.

The decision was sent to Brussels in order to be published in the Official Journal of the EU as required by the EU regulations. I expect tenders will soon be announced.

There are two more positive developments – HSBC was selected as a consultant for the 'Belene' NPP and, following consultation with the EU Energy Commission, the Bulgaria-Russia government agreement on the 'South Stream' gas project will have to be amended in order to incorporate a text about the supremacy of the EU law over any other legal arrangements.

At the same time, the EU-US Energy Council is meeting these days in Lisbon as part of the EU-US Summit after a pause of two years. There is a firm intention on both sides to coordinate their policies in the area of energy security.

Over the weekend, at its Lisbon Summit, NATO approved the new strategic concept of the alliance for the next decade. The energy security of the member-states is outlined as a top priority.

As you can see, a lot has been going on to help us, Bulgaria, take steadily the path of its own energy independence and security.

Having said this, we also need to do a lot more for our energy efficiency. This is an area where the United States can be helpful and talks on this topic will continue.

After a visit to the USA in the spring of 2010, Bulgaria's Economy Minister Traikov suggested that Westinghouse or some other American energy giant would invest a new nuclear reactor in Bulgaria's NPP Kozloduy?

I think that at this point in time NPP Kozloduy is off the list.

Other than the US political support for Nabucco, do you have reasons to believe that American oil and gas companies interested in Bulgarian projects? For example, there have been reports that Chevron and Exxon Mobile would want to buy shares of the Burgas-Alexandroupolis oil pipeline?

The environmental assessment for this pipeline has so far been negative. There does not seem to be any near perspective for this project to be launched into construction.

American energy company AES wants to build the largest solar part in Europe to date near Bulgaria's Silistra. This projects, however, appears not to have advanced rapidly. Do you think that progress on this project is to be expected shortly?

As to solar energy, as far as I know there are still some outstanding legal and pricing issues to be sorted out. I hope it won't take too long.

The hopes for massive US investments in the Bulgarian economy appear to have failed to materialize with the US being ranked only eighth among the largest foreign investors in Bulgaria in 1994-2008. There have clearly been large American investments in Bulgaria but not as substantial as everybody expected after Bulgaria joined NATO, and became a staunch US ally. How do you plan to boost the interest of American investors in Bulgaria? Do you think Bulgaria can compete for US money as an outsourcing destination? If so, in which sectors – manufacturing, services? Hi-tech, IT, military industries, etc?

Investment is a two-way street. On our part, we need to put forward "irresistible" offers. They may be in any of the spheres you mention.

In my ambition I go even a step forward – why not find a product to be manufactured in Bulgaria as a final product and then marketed to third markets – and I think of the American Standard pattern in Sevlievo. It would also be good if we can identify an investment project of regional scope, which will definitely be more attractive for the big companies.

There is yet another unexplored opportunity. I keep urging the Bulgarian companies to reach out directly to the mid-states in America, and look for partners there.

The two coasts are somewhat spoiled – with all the attention they usually get. But there are smaller places which are eager to have international outreach, and this is one more opportunity for our businesses.

How important do you think is Bulgaria's role in the global deployment of the US forces and US grand power strategy? How are both America and Bulgaria benefiting from the creation of the so called "Task Force East"? Do you think that Bulgaria (together with Romania) might in the future replace Turkey as the major US ally in the Balkans/Black Sea region?

I think that US force deployment in Europe in particular cannot be divested from NATO's security strategy. It is part of the overall security guarantees for the allies.

Task Force-East is a US European Command initiative designed to strengthen relationships between the United States and its Eastern European allies. It focuses on enhancing partner capacity and fostering regional cooperation. It provides Romania and Bulgaria with training facilities for combined training.

Task Force-East involves a bilateral, long-term investment in both Romania and Bulgaria that strives to have also a positive economic impact in the local areas. I hope that all three countries - Bulgaria, Romania and Turkey – shall operate together as NATO members and important US allies for maintaining regional security.

Are there indications that Bulgaria might be asked to host elements of the US missile shield in Europe? Would that be the radar – if the interceptor missiles are located in Romania? Won't that actually worsen Bulgaria's security – by making it a target for US adversaries – i.e. Russia, Iran, international terrorist groups, etc?

The Lisbon NATO summit just took an extremely important decision regarding anti-missile defense – it proclaimed it to be a core mission of the alliance and thus launched the construction of the system itself.

Decisions have already been made about Poland and Romania. Bulgaria has stated its interest in the system – to be covered by it and to participate in an appropriate way. I expect that after Lisbon the process will speed up.

With the establishment of the European External Action Service, how do you expect to work with the new EU Ambassador to the US, Joao Vale de Almeida, who spoke strongly about his powers? How would the EEAS change the situation in comparison with your first mandate? Do you expect confusion or clear-cut lines between the jobs of the national ambassadors of EU member states and the EU ambassador in DC?

The new EU diplomatic arrangements are still a novelty for everybody. I think the important thing is to keep each country's profile.

In my first term, also, the rotating EU presidency always had a very distinct and high-profile role. How would it play out now, is hard to say. It will be a complex balancing act.

I will insist on a specific discussion among us, the EU ambassadors, on the matter and I intend to be very vocal about it.

How do you evaluate the Bulgarian diaspora in the United States? It appears to have grown in size and power in the last 20 years but does not seem to be very cohesive so that its voice can lobby for Bulgarian interests the way other nations' diasporas do.

Your assessment is correct. The first hurdle is to make a precise estimate of its size. At present it is counted at about 300 000. Regrettably, it is less cohesive than other ethnic groups.

I remember, though, that when we were lobbying for NATO membership back in 2002 through early 2004, we succeeded to bring our compatriots together in local campaigns. Those were exciting times! I wish we could repeat them for a new Bulgarian goal.

What are you expectations about when Bulgarian could be included in the US visa waiver program?

I am very cautious about any time frame about this issue. I am now thinking of a concrete game plan here, in Washington. We will work closely with other countries like Poland, Romania, Cyprus, which belong to our group.

But I think that a more large-scale EU effort is needed – for example, to request that all Schengen countries become part of the visa waiver program. I also think that Bulgaria's own accession to Schengen will facilitate the process.

When can Bulgaria expect a visit of US President Barack Obama?

Another hard one in terms of timing. When we get closer to a date I will not fail to announce it.