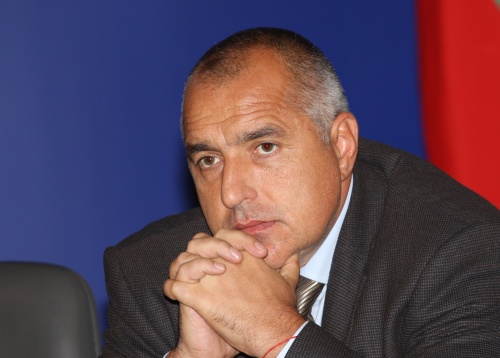 Bulgaria's PM Boyko Borisov has announced that Filchev demanded that the police make all possible efforts for the investigation of Kolev's murder. Photo by BGNES

Bulgaria's PM Boyko Borisov has announced that at the night of the murder of prosecutor Nikolay Kolev, the Chief Prosecutor at the time, Nikola Filchev, has requested that all efforts were made for the investigation of the case.

"To be absolutely fair, I have to say that at the night of the murder Filchev called me and told me to make all efforts for the disclosure of the case. Our job on the murder was perfect but I cannot say whether it was the same with the prosecutors who were investigating the case," Borisov said Thursday.

On Tuesday, Bulgaria's Interior Minister, Tsvetan Tsvetanov, announced that Filchev has masterminded the mysterious murder of lawyer Nadezhda Georgieva and of Kolev back in 2000 and 2003.

Kolev was a high-ranking prosecutor. He repeatedly voiced in public his fears that he might be killed as part of a merciless campaign against him orchestrated by the Chief Public Prosecutor. On the evening of 28 December 2002 he was shot dead in front of his home.

"Now the truth for the murder of Nikolay Kolev will come out. There was enough evidence and it was collected properly. It was all submitted to the Prosecutor's Office and I think the truth will come out," said Borisov, who was Secretary General of the Interior Ministry.

He added that he remembers some of the collected evidence by heart. He also defended Tsvetanov by saying that the interior minister was under unfair pressure. His statement was in reference to the recent debates in the National Assembly and the publications in the media about his properties that are under investigation by the tax agents.

In his words, some of the cases fail because either the Prosecutor's Office or the court are wrong.