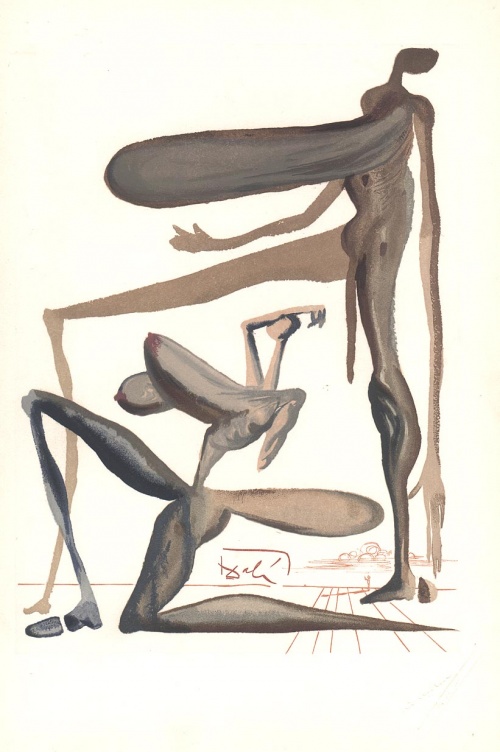 Salvador Dali's Purgatory Canto 22 from the Divine Comedy series can now be seen in Sofia. Photo by vintageprints.ca

Unique illustrations by the prominent Spanish painter Salvador Dali are shown in the National Gallery of Foreign Art in Sofia, starting Wednesday.

The exposition marks the beginning of the famous graphic collection Divine Comedy's global tour and can be visited in the Bulgarian capital until January 15 2011.

Salvador Dali was commissioned in 1951 to create a set of illustrations for Dante Alighieri's masterpiece Divine Comedy as a part of celebrating the 700th birthday of the Italian poet.

The eccentric Spanish painter created a masterpiece of his own – a suite, comprised of 101 watercolors, contains incredible imagery ranging from the grotesque to the sublime as our artist follows Dante from the deepest circles of Hell, up the mountain of Purgatory, and into heavenly Paradise.

These works have been subsequently reproduced by the technique of wood engraving.

Dali himself thought this suite to be one of the most important of his career and it is considered by many today to be among his most incredible and notable works.