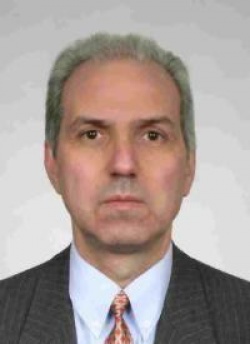 Prof. Stefan Hajitodorov, BAS Chief Research Secretary and Head of the Biomedical Informatics Dept at the Center of Biomedical Engineering.

It is obvious that finance minister Simeon Djankov is behind the relaunch of the attempt to kill the Bulgarian Academy of Sciences and then sell its assets, according to BAS Chief Research Secretary Prof. Stefan Hadjitodorov, who spoke to Novinite.com (Sofia News Agency).

Earlier Monday PM Boyko Borisov and speaker of Parliament Tsetska Tsacheva announced the revival of the scrapped proposal to split the Academy into separate institutes without autonomy and attached to the central government or universities. That move would lead to the elimination of BAS as an entity.

Speaking to Novinite.com (Sofia News Agency), Prof. Hadjitodorov said that this coordinated effort makes it manifest that in the past few days Djankov has managed to convince PM Borisov that a liquidation of the Academy is in order.

Just days ago Minister of Education Segei Ignatov had repeatedly denied that any changes in the Law on the Academy are imminent, a statement that was contradicted Monday by both the PM and Speaker of Parliament. May this year PM Borisov had rejected a similar proposal after largescale protests.

Hadjitodorov explained to Novinite.com that BAS has already contacted EU Commissioner for Research, Science and Innovation M?ire Geoghegan-Quinn and the relevant EC DGs, as well as partner research institutions across the globe, and replies have started to arrive at Bulgarian government institutions.

The BAS Chief Research Secretary recalled that Djankov had been making a string of anti-BAS statements, published in various Bulgarian media, ever since 2007, when he was not yet a minfin, and was working as an expert at the World Bank.

In those publications, the current Bulgarian Minister of Finance had recommended selling out BAS's assets and had even estimated their potential worth.

Prof. Hadjitodorov also recalled that the model for the partitioning of BAS is identical to the one applied to the Georgian Academy of Sciences in a controversial reform, to which Djankov himself was consultant.

BAS has issued an official statement Monday deploring what it saw as systematic actions on the part of the government to destroy Bulgarian science. Tuesday evening BAS has scheduled a protest in front of the National Assembly in Sofia.

Researchers request the immediate stop of what they see as the destruction of Bulgarian science and research, as well as the resignation of both ministers Djankov and Ignatov.