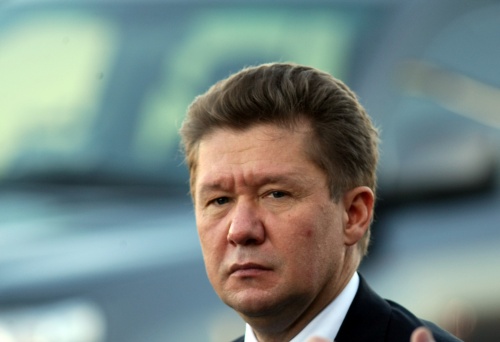 Bulgaria can no longer be replaced by Romania as the European hub of the Russian-sponsored South Stream gas transit pipeline, Gazprom CEO Alexei Miller stated in Sofia.

Thus, the Gazprom head dispelled fears in Sofia that, as a result of the Borisov Cabinet's demands for Russia on several joint energy projects, Moscow might pick Romania instead as the hub from which the South Stream pipe will split to reach both Southern and Central Europe.

"With Bulgaria we are preparing the technical and economic feasibility survey of the project, and we have signed a project agreement for the realization of South Stream; we don't have any sign contracts with Romania," Miller told journalists in Sofia.

He pointed out that Gazprom is holding talks with Romania to explore the possibilities for the latter's joining South Stream as a consumer not as a transit country.

After the spring of 2010, as the Borisov government appeared to be balking at the Russian demands for South Stream, Moscow initiated contacts with Romania over South Stream. The subsequent accession of Serbia and, potentially, Macedonia to the project, created the possibility that the South Stream pipe could go around Bulgaria.

Some analysts believe that this threat is said to have made the Borisov government more cooperative with respect to the Russian-sponsored pipeline. At the same time, however, the Bulgarian Cabinet, including Economy and Energy Minister Traikov, has dismissed any chances that Bulgaria might be replaced by Romania as the European hub of South Stream.

A number of analysts have suggested that even though the Borisov government might be an uneasy partner at first with respect to South Stream, it still made more sense for Russia to work with Bulgaria on the project because it had geopolitical clashes with Romania over Moldova, and because the Romanians certainly would not be more cooperative than the Bulgarians.