Hurricane-like Winds Cause Trouble in Bulgaria 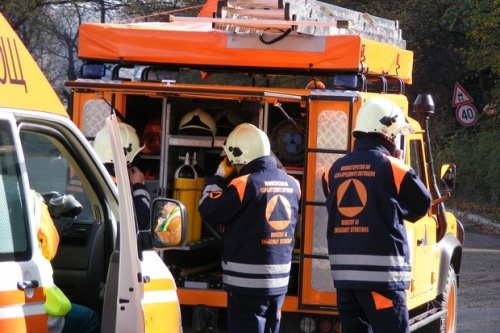 The strong wind, lasting for two days now, has brought down a large number of fences of constructions sites in Sofia, the TV channel bTV informs Tuesday.

On "Opalchenska" street in the capital's downtown, the wind threw a constriction scaffold over trolley electric cables, halting their traffic for hours and causing a huge traffic jam. There are also torn cables, flags, billboards and many overturned dumpsters all over the city.

Civil Defense inform they have received 114 calls by 6 am Tuesday from all across the country, especially northern and central Bulgaria, involving mostly fallen trees and branches, dangerously overhanging tin roofs, and one fallen street lamp post in the city of Shumen.

The road to the village of Mugla, in the Rhodoppes Mountains remains closed over a large number of fallen tries. The strong winds have blown away two roofs in the nearby city of Smolyan.

Traffic police warn drivers to use extreme caution on roads all over Bulgaria over strewn trees and branches.

On Monday, children playing tennis at the "Slaviya" stadium in Sofia, miraculously escaped injuries after the tennis court balloon roof was blown away by the wind.

Electric power outages have been reported in the cities of Sofia, Kyustendil, Montana and Vratsa.