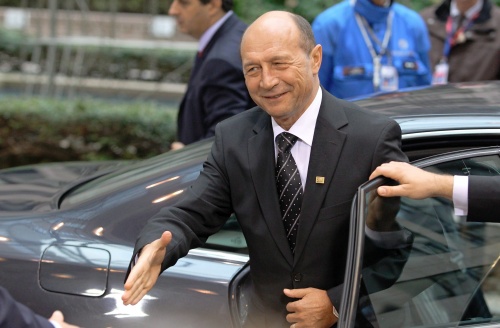 Romanian President Basescu has been criticized for Roma remarks. Photo by EPA/BGNES

The Universal Society of Hinduism based in Nevada, USA, has condemned Romanian President Traian Basescu for what are seen as racist remarks with respect to the Roma.

In a statement released Saturday the organization "expressed disappointment" at comments that Basescu reported made during his recent Slovenia visit, in which he "blamed Roma for making a living on stealing and not willing to work."

Rajan Zed, the President of the Hindu Society, said that Basescu was stigmatizing the entire Roma community with his remarks, and described them an attempt to demonize the already most prejudiced against community in Europe.

The Society has requested an apology on part of Basescu as well as "strong political will to integrate Roma in Romania."

It points out that in its annual "Human Rights Report" about Romania issued in the recent past, US Department of State said: "Roma faced persistent poverty and had poor access to government services, few employment opportunities, high rates of school attrition, inadequate health care, and pervasive discrimination."

Romania's Roma community is said to be the biggest in Europe and according to reports, between 1.8 and 2.5 million Roma live in Romania and about 75% live in poverty, the statement of the Society says.