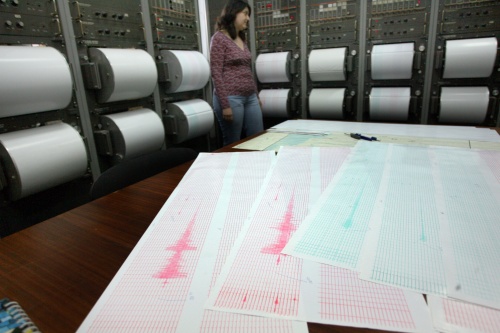 A weak earthquake was registered in Bulgaria on Wednesday night. Photo by BGNES

A 2.9-magnitude earthquake was registered near Sofia Wednesday night, the Geophysical Institute to the Bulgarian Academy of Sciences has announced.

The quake occurred at 9:56 pm, 33 km away from the Bulgarian capital, in the region of the villages Novi Han and Vakarel.

It was felt as a very weak quake and there are no reported damages.

On Wednesday, a tremor with a magnitude of 5.3 and 5.6 on the Richter scale, according to various reports, hit Serbia and killed two people and injured some 50 more.

The epicenter was near Kraljevo, but the quake was also felt in Sofia and Western Bulgaria.