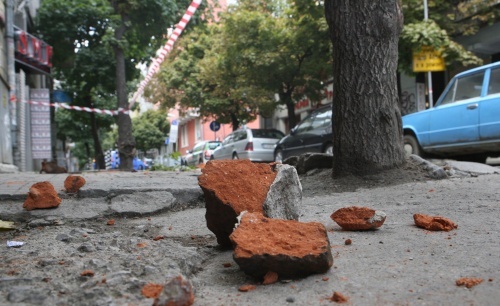 Witnesses say the Serbian town of Kraljevo is littered with debris, while some older houses are destroyed completely. File photo

A new earthquake has been registered in the Serbian town of Kraljevo just hours after a moderate tremor hit the region in central Serbia, killing two people and injuring at least 50 others.

According to Serbian Blic daily the new tremor was registered at 9:25 a.m. local time, sending people out on the streets.

The magnitude of the new quake was not immediately known.

The first tremor had a magnitude of 5.3 and its epicentre was near the city of Kraljevo, some 150km (94 miles) south-west of the capital. The quake struck at 0156 (0056 GMT) and was felt across Western Bulgaria and the capital Sofia.

Eyewitnesses said buildings, including the local hospital, were slightly damaged during the quake and some homes were without water and electricity.

According to them the town is littered with debris, while some older houses are destroyed completely. Half of the town have no phones, water and electricity.

Serbia's interior minister said that the two people who died were a couple, killed when the roof of their house collapsed.

Ivica Dacic said material damage to the town of 70,000 people was considerable and that rescue teams and police had already been deployed to the area.