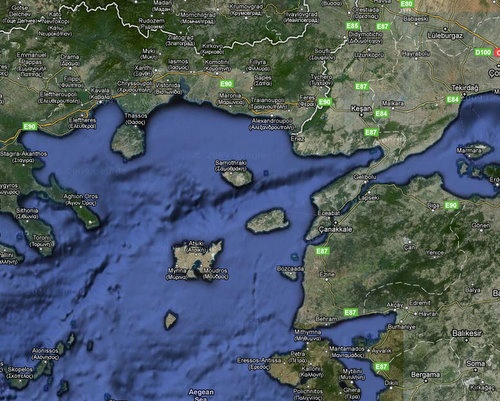 The epicenter of the earthquake was near the island of Samothrace (Samothraki). Map from Google Maps

An undersea earthquake with a magnitude of 5 on the Richter scale jolted the region of the northeastern Greek island Samothrace, and was also felt in European Turkey.

The quake hit at 4:51 am local time, about two hours after a 5.6-earthquake in central Serbia that claims 2 lives.

It had its epicenter 350 km northeast of Athens, the Institute of Geodynamics at the National Observatory of Athens said, which is about 500 km southwest of Sofia.

According to Greek seismologists, however, the two earthquakes are not related, and were a coincidence.

Greece is the European country with the most intensive seismic activity.