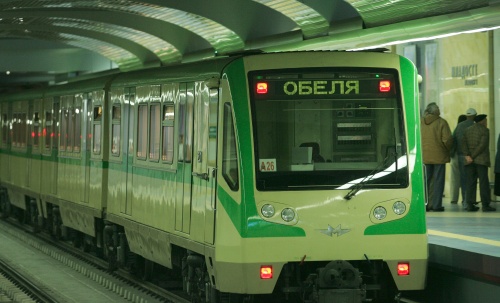 All trains currently serving the subway in Sofia have been made in Russia. Photo by BGNES

The Sofia municipal company "Metropolitan" has opened a public procurement procedure for 18 new trains for the Bulgarian capital subway.

The trains must be manufactured, delivered and start functioning in 2012, when the second metro line is expected to be completed.

The order lists BGN 10.8 M without Value Added Tax (VAT) as the maximum price for one train for the total of BGN 194.4 M.

The financing is from the EU operational program "Transport."

Requirements for bidders include carrying out similar orders for similar trains in the last three years, recommendations from buyers, and the manufacturing of at least 300 metro cars between 2007 and 2009.

Those wishing to apply have until December 20. The proposed price would count the most – 60 points.

All trains currently used by the Sofia metro have been made in Russia.