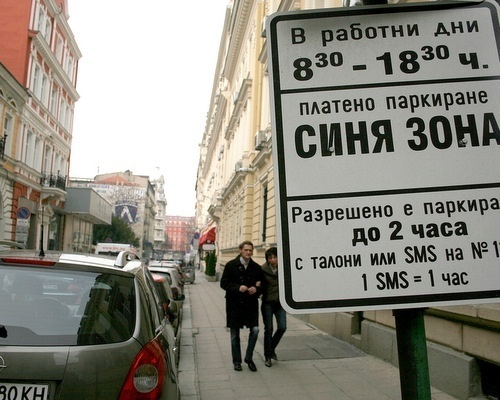 Sofia Municipal Council is considering introducing a parking fee waiver for the so-called "blue zone" for owners of electric cars, the Deputy Chair of the Council, Martin Zaimov has announced.

If implemented, the waiver will be valid only for the so-called "blue zone," which includes the areas near the busiest streets in Sofia.

Free parking for electric cars in the busiest city areas is a common practice in Norway. It has also been introduced in London for a while, but the influx made the authorities remove the preference, Zaimov said.

According to him, this is the easiest way for stimulating the alternative transport in the Bulgarian capital. He also noted that in the future, it is possible for electric cars to be exempt from taxes for a certain period of time or distance.

In September, Bulgaria's Transport Minister, Alexander Tsvetkov, said that his ministry was considering ways for stimulating the popularity and production of electric cars.

The Electric Vehicles Industrial Cluster has announced that the lack of a developed nationwide network for charging the cars with electricity hinders the search of such vehicles.

The holding suggested that the municipal administration and the public institutions could be equipped with environmentally friendly vehicles and stations through public procurements.

Another discussed idea was for the electric cars to be charged with electricity from renewable sources, the chair of the cluster, Iliya Levkov said.

However, the Economy Ministry has refused to adopt the proposal in the new law on green energy.

At present, electric cars cost about 30% more than conventional cars with petrol or diesel engine. According to the cluster, the investment in a low carbon but more expensive vehicle is paid by the cheap transport.

At the moment, there are about 50 electric cars in Bulgaria.