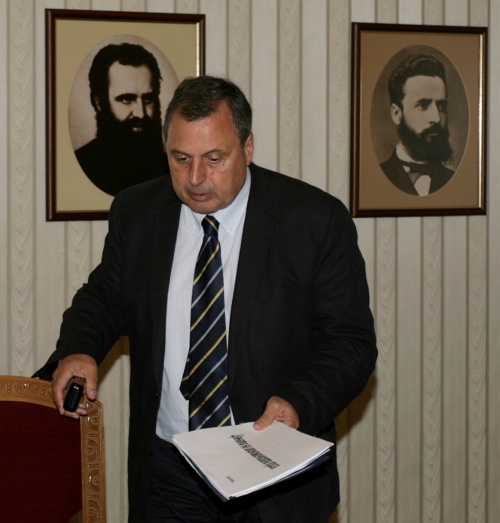 Bozhidar Danev, President of the Bulgarian Industrial Association, has stated that the increase of years of experience would have a long-term effect. Photo by BGNES

Bulgarian trade unions have refused to participate in further negotiations regarding the increase of the age and years of experience required for retirement, starting from 2011.

The employers, however, supported the Bulgarian Finance Minister, Simeon Djankov, and the International Monetary Fund (IMF), which announced that the pension reform should begin from next year.

The trade unions announced their decision right before the meeting of the National Council for Tripartite Cooperation on Friday.

Bozhidar Danev, president of one of the employers' organizations, the Bulgarian Industrial Association, stated that the increase of the insurance contribution will not decrease the deficit in the National Insurance Institute (NOI) as much as the government expects.

"The increase of the years of experience, however, would have a long-term effect," Danev said.

According to him, the trade unions have been forced to join the negotiations and an example for this was the imposing of the idea for nationalization of the pension funds.

The Association has proposed that from 2011, the age and the years of experience should be increased simultaneously by three months a year.

The leader of the labor union "Podkrepa," Konstantin Trenchev, has said that since the Council of Ministers had already decided to postpone the pension reforms, it was illogical for someone from the cabinet to express a different opinion.

"If this nonsense continues, we will end the dialogue. I cannot understand who is governing this country anymore," he said.

According to the other major Bulgarian labor union, Confederation of Bulgarian Independent Syndicates (KNSB), there is a compromising option. Its leader, Plamen Dimtirov, has explained that the other option had been negotiated with the Prime Minister Boyko Borisov and if there are other suggestions, then they are against Borisov.

"If Djankov can carry the cross of standing against the Prime Minister, then we will have to think of ways to stand against [Djankov]. If someone is trying to bring the dialogue to its initial level, then he probably wants more protests," Dimitrov said.

The final proposal for the payment of early pensions to people who work in difficult conditions is supposed to be voted Friday at the meeting of the National Council for Tripartite Cooperation.

The government has dropped the idea to transfer the money from professional pension funds to a solidarity fund. A consensus option was reached two days ago, according to which the savings of people, who will retire within the next three years, would be transferred to private funds of NOI.