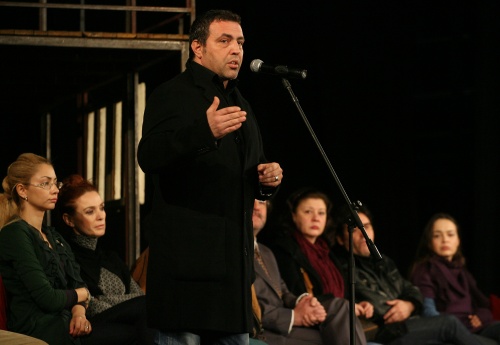 The Chair of the Bulgarian Actors Union, Hristo Mutafchiev, would be awaken from anesthesia later Wednesday.

Mutafcheiv underwent emergency surgery overnight in the "St. Ivan Rilski" hospital in Sofia. Doctors say it lasted four hours; the patient is in stable condition, but the next days would be critical and will show the state of his brain and his awareness.

High blood pressure and several untreated ailments have contributed to the actor's serious condition. Mutafcheiv is currently on life support.

The actor was discovered Tuesday by colleagues, laying helpless in his hotel room in the Black Sea city of Burgas, where he was filming a movie. He was transported to Sofia on the government "Falcon" aircraft on the order of Prime Minister, Boyko Borisov.

Mutafchiev is one of the most beloved and popular Bulgarian movie and drama actors. He is the Chair of the Bulgarian Actors Union since 2005.