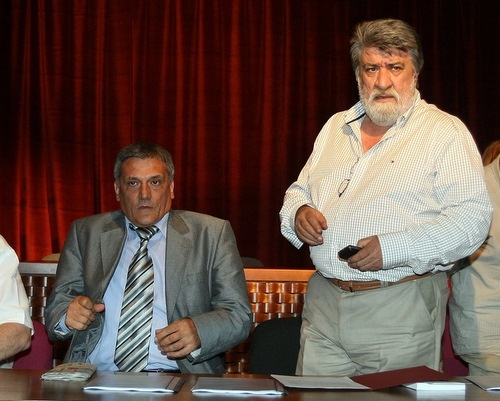 The the public tender for the new museum complex in the capital Sofia, known as the Bulgarian Louvre, is appealed by architect Vladislav Nikolov with the Commission for Competition Protection.

In mid-September, the Culture Ministry announced that the project of Yanko Apostolov, a Bulgarian architect, living in New York, has been selected as the winner. The jury was headed by Sofia's Chief Architect, Petar Dikov, and Apostolov was chosen among 30 other bidders.

Nikolov, who is the son of architect Nikola Nikolov, designer of the Foreign Art Gallery building in the capital, and whose project was approved by the former socialist-led cabinet for BGN 1.8 M financing under the EU Regional Development Operational Program, says he is disputing the tender results mostly because they actually wipe out investments already made.

"This is a Bulgarian tradition – to start from zero. The new winning project is modern, glitzy, elegant, but it strikes an investments of BGN 4 M already spent for a storage place filled with paintings, which in Apostolov's design is replaced by a restaurant," Nikolov is quoted saying.

When the idea was first launched in December, Culture Minister, Vezhdi Rashidov, said the 24 000 square-meter museum will be designed as project of architect, Vladislav Nikolov, but later the Culture Ministry explained the Public Tender Act requires a competition and that Nikolov can participate if he wishes.

The decision to build the new cultural complex, which is located in the very heart of the capital Sofia, adjacent to the "Alexander Nevski" Cathedral, was made at the end of 2009, while in mid-April, Bulgarian state leaders broke ground of the construction site.

Apostolov is a Senior Designer with Kohn Pedersen Fox in New York. His credentials say he had worked with the US consultancy company "Museoplan," taking part in the reconstruction of the Louvre in Paris and the Museum of Modern Art in New York.