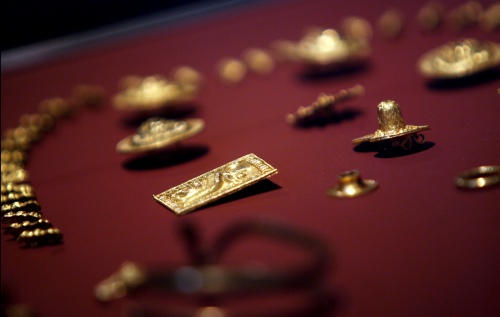 Archaeological treasures from ancient Thrace found around the Bulgarian town of Kazanlak are going to be displayed in the Russian city of Tolyatti, agreed town authorities of the two cities.

Tolyatti is the second-largest city in the Russian Samara Region, and is a sister-city of Kaznlak. A delegation from Tolyatti returned from Kazanlak Tuesday, where it had talks with Bulgarian counterparts, reports TLTnews.ru.

When the Kazanlak archaeological finds are displayed in Tolyatti, it will become the first city in Russia to have them.

A lot of Bulgaria's many archaeological findings from the Thracian era come from the area of Kazanlak, some of them being of world-heritage value.

In Kazanlak, the Russian delegation also considered furthering economic cooperation, including the development of tourism.

The Arsenal military factory in Kazanlak offered to export some of its production to Tolyatti.