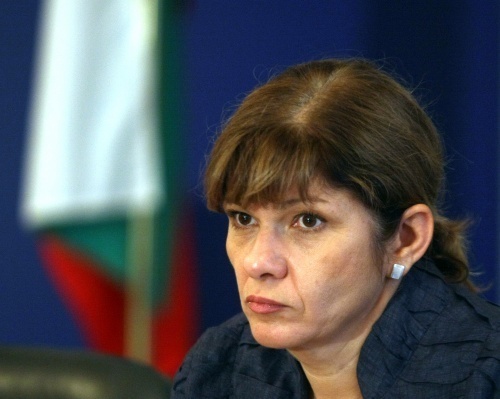 Nona Karadzhova, Bulgaria's Eco Minister, has stated that the trade unions were supposed to inform workers years ago that the Brikel plant would be shut down. Photo by BGNES

Bulgaria's Environment Minister has stated that the workers from the thermal power plant Brikel should demand the resignation of the trade unions, instead of hers.

"The workers from Brikel should demand the resignation of the trade union who did not do their job," Nona Karadzhova, the Eco Minister, said as a comment to the protesters who requested her resignation.

Earlier on Monday, about 2,000 workers from Brikel gathered for a peace protest against the shut down of the enterprise.

According to her, the trade unions were supposed to inform the workers from Brikel years ago that the thermal power plant would be shut down.

Karadzhova asked the syndicates why they had not demanded from the leadership of the enterprise to make it work on lower powers, which would have allowed the plant to work until the end of 2011.

"I do not see any reason for demanding the resignation of any politician, government or my own," she said.

She added that the Brikel thermal power plant did not have the necessary permits for greenhouse gases.

Karadzhova also expressed her hope that compulsory closing of the enterprise would not be necessary, adding that having even 100 unemployed people would be difficult to deal with.