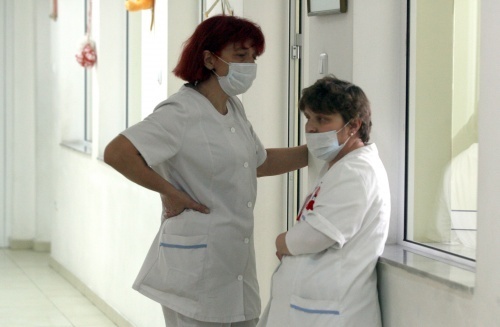 Doctors from the Bulgarian town of Sliven will announce the date of the protest on October 19. Photo by BGNES

At a special meeting of the Bulgarian Doctors Union, physicians from the Bulgarian town of Sliven have decided to start an effective protest.

The doctors have also demanded the resignation of the Chair of the Bulgarian Doctors Union, Tsvetan Raychinov, because of the agreement he signed with the government, which guarantees that health insurance contributions will be used only for health care and not to fill other budget gaps.

The doctors from Sliven have stated that the agreement text differs drastically from the approved version of the National Council of the Doctors Union.

They also said that the date of the protest will be announced on October 19 when Bulgaria celebrates the Doctors Day.

The Sliven physicians have stated they will organize their own festivities but will not participate in the national ceremonies, organized by the managing council, as a sign of protest.

Last week, some of the doctors from Sofia also demanded Raychinov’s resignation over the signed agreement.

“It is impossible that 30,000 people have the same opinion,” Raychinov said Sunday for the Bulgarian National Radio, as a comment on the fact that part of the doctors did not approve the agreement between him and the government.