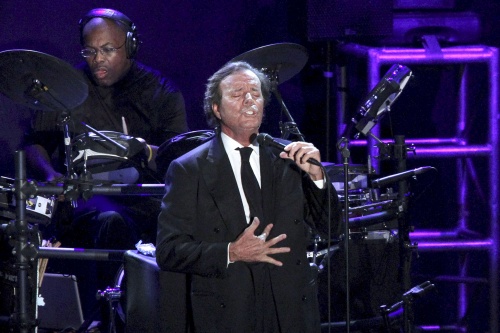 Julio Iglesias has canceled his concert in Bulgaria's Varna but will still have a show in Sofia. Photo by EPA?BGNES

World-known Spanish singer Julio Iglesias will sing for his Bulgarian fans in Sofia's National Palace of Culture on Tuesday, the organizers from ME Music have announced/

This would be Iglesias's fourth concert in Bulgaria. This time, the gig coincides with Spain's national holiday.

It was previously announced that the 67-year old singer will have one more concert in the Bulgarian Black Sea city of Varna, but it was later canceled.

The show in Sofia, which will include his most popular songs, will be part of Iglesias's "Starry Night" tour and will be his only performance in a Balkan country.

The singer has arrived to Sofia with his 25-member crew of musicians and dancers. While in Bulgaria, Iglesias has requested only traditional food and wine.

On September 29, Julio's son, Enrique Iglesias, had his first ever gig in Sofia. The free concert was organzied by Bulgaria's largest mobileoperator M-Tel for its 15th birthday and was attended by more than 60,000 people.

He is also the only foreign artist, awarded by the Chinese Ministry of Culture because of his albums' record-high sales in the country.