Vaya Con Dios to Have Second Concert in Bulgaria 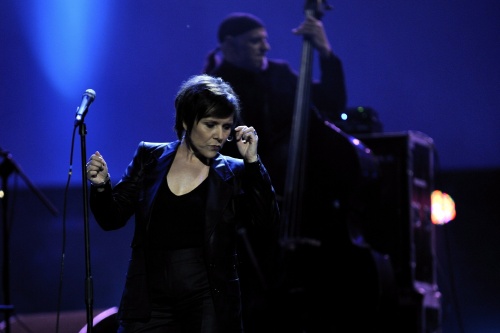 Vaya Con Dios will perform for the second time in Bulgaria on February 19, 2011. Photo by EPA/BGNES

Popular Belgian band Vaya Con Dios will have a concert in Sofia's National Palace of Culture on February 19, 2011, the organizers, Loud Concerts, have annoucned.

The legendary band will have their second gig in Bulgaria after the sold out show three years ago.

Tickets will be sold starting October 11 and will cost from BGN 40 to BGN 80.

The band was formed in 1986 by Dani Klein, the lead singer, Willy Lambregt and Dirk Schoufs. The three shares an interest in gypsy music, jazz and opera and they felt these genres were unappreciated in Brussels.

Their first single was "Just a Friend of Mine." Although it became a big hit, Lambregt decided to leave the band and was replaced by Jean-Michel Gielen.

Other internationally popular songs of theirs are "What's a Woman?," "Puerto Rico" and "Nah Neh Nah."

The band's latest album "Comme On Est Venu" was released October 2009. All the songs on the album are in French.