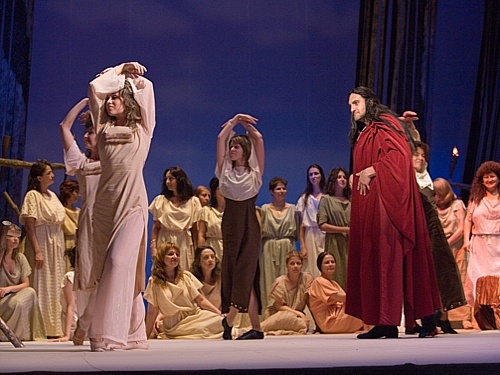 The German Theater Union (Deutscher B?hnenverein) has issued a strong-worded letter of alarm against Bulgarian government-imposed self-styled "reforms" of theaters, which has seen funds drastically cut and institutions disbanded.

What was especially troubling for German theater workers is that they learned that apparently Bulgarian authorities are motivating their reforms with a presumed "German model."

The B?hnenverein has issued a statement on the matter, published in German media, among them the Neue Onasbr?cker Zeitung.

The letter states that Bulgarian theater is facing "its worst crisis since 1990," which "no one knows the reasons of."

German theater workers deplore the firing of staff, institution merging and overall disregard on the part of the government and the Ministry of Culture for theater and opera.

The resolution of the German Theater Union states that due to the government's actions "Bulgarian theater is coming near to its demise."

It is calling the cabinet to immediately stop the "destruction" of Bulgarian culture.