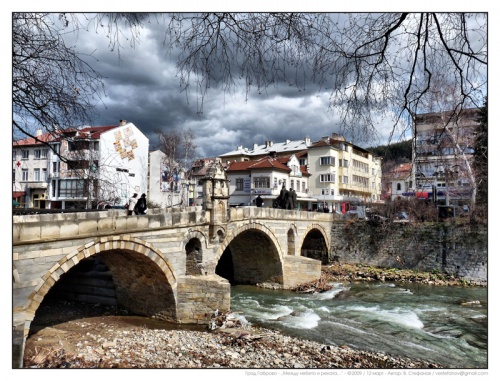 Downtown Gabrovo, the Bulgarian town where Peter Rousseff, father of Dilma Rousseff, was born in 1900. Photo by Vesselin Stefanov at Gabrovo.bg

People in the Bulgarian town of Gabrovo eagerly expect results from Sunday's presidential elections in Brazil, in which the best-performing runner is Dilma Rousseff, whose father was born in the town.

Representatives of Brazil's major media have been sent to Gabrovo to interview locals, including Rousseff's relatives, as they react to the first interim results, reports the Bulgarian National Radio.

A number of festivities and gatherings are planned at the cultural center in Gabrovo.

Dilma's father, leftist Peter (Pedro) Rousseff, was born in the central Bulgarian town of Gabrovo in 1900, emigrated to France in 1929, and on to Brazil in the 1930s, settling in Belo Horizonte.

Over the week, Brazilian media have reported on high spirits in Gabrovo and the support local residents are giving to Rousseff. Gabrovo mayor Nikolay Sirakov has also voiced support for the Brazilian presidential candidate of local origin.