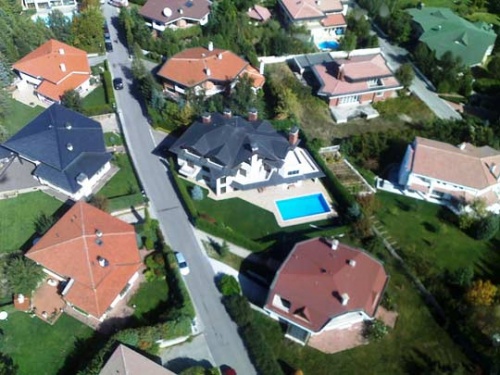 A government helicopter was used to make a full videotape of properties in the southern suburbs of the capital Sofia under the request of the Bulgarian National Revenue Agency (NRA).

Luxury real estate in the affluent suburbs of Pancharevo, Dragalevtsi, Simeonovo, Boyana, Bistritsa and Knyazhevo has been filmed in order to probe the correspondence between the value of the properties and the income of their owners. Revenue agents have appraised them before the videotaping.

Owners, who fail to provide adequate proof of income, will be audited. The undeclared income will be taxed with interest, while cases of tax crimes will be immediately referred to the Prosecutor's Office, NRA say.

Copies of the videotapes will be given to the Sofia City Hall in order for experts to follow up on adherence to construction requirements and municipal registrations.

In addition, NRA are launching a probe of the actual dimensions of the properties, their market value and the officially declared income of their owners.

In the videotaped areas there are hundreds of properties with pools, huge houses, private roads, tennis and mini-golf courts, among others.

According to NRA data, a number of the luxury real estate is registered as company-owned and declared as office space even though it is used as residencies. Many of the companies have benefited from construction loans they had no right to obtain if the property would be used for housing.