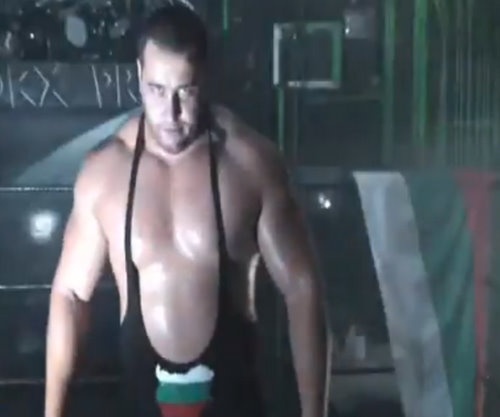 Miroslav "The Bashing Bulgarian" is the first Bulgarian ever with a WWE contract.

25-year-old Miroslav Makarov has become the first Bulgarian to enter professional entertainment wrestling as he got a contract with WWE.

The 6-foot 2-inch Miroslav is a native of the Southern Bulgarian city of Plovdiv but presently resides at Torrance, California.

He has been trained by Gangrel and Rikishi, among others, at the Knokx Pro Wrestling Academy in Burbank, California.

Bulgarian entertainment wrestling websites have published Tweeter messages by some of Miroslav's trainers at Knokx Pro about the news of his contract with WWE.

wrestlingworld (re-tweeted from Rikishi) : @TheREALRIKISHI: @MiroslavBasher Wwe feel the bulgarian from knokxpro , He a pitbull, Congrats the dream has come ,Now its up to you