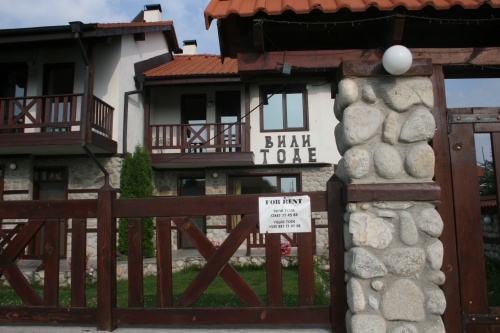 The Bulgarian resort Bansko will be the focus of a documentary of a Portuguese TV crew. Photo by BGNES

A TV crew from a Portuguese media company is coming to Bulgaria to shoot a documentary.

The Bulgarian Economy Ministry is organizing an advertising trip to the resort of Bansko for the Portuguese crew.

The project "Unknown Destinations" includes shooting of 30-minute short films for the 12 new EU member states, including Bulgaria. They documentaries will be aired on the Portuguese state television.

The crew will arrive in Bansko on Thursday and will stay there for two days, shooting the ski zone, cultural and historical sights.

The mayor of Bansko, Alexandar Kravarov, has explained that the goal of the documentary was not to portrait Bansko as a winter resort, but rather as a cultural center.

"We have prepared a program for them. Our people will show them the cultural values of Bansko, the sights of national and regional importance, monuments, museums, the icon exhibition and the church," he said.

Kravarov added that they the TV crew would also have the opportunity to view interesting places in the villages near Bansko and get acquainted with the Bulgarian folklore and culture.