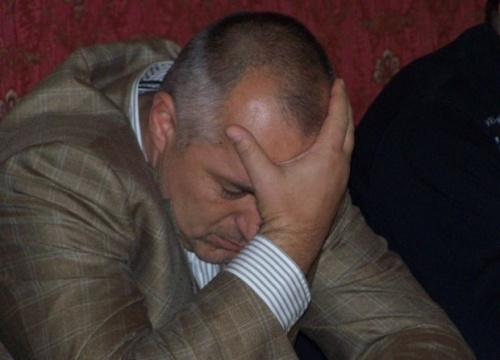 The BOYKOMETER section of the new Bulgarian internet site will measure the fulfillment of commitments personally made by Prime Minister, Boyko Borisov. Photo by BGNES

A new site was launched in Bulgaria Monday with its creators aiming at limiting politicians' promises that later remain unfulfilled.

The site www.politikat.net was presented by authors Konstantin Pavlov and Asen Genov and would give citizens the opportunity to follow politicians' statements and promises and add information themselves about their abiding to them.

The site was realized under the project "Citizens' Initiative to Reduce Political Hypocrisy" with the help of the Central and Eastern European Civic Society Trust and the idea to create an online community to serve as a corrective to politics.

The creators say politicians become more and more insensitive, fail to account for unfulfilled promises while media do not follow up on news stories they publish.

The bloggers were inspired by the US Obameter, which has similar goals and even received the Pulitzer Prize for the initiative.

Bulgaria's site has three sections – TRUTHMETER, WINDSOCK and BOYKOMETER to measure the level of fulfillment of promises and the adherence of public figures to initial statements and opinions on important matters. The last section will measure the fulfillment of commitments personally made by Prime Minister, Boyko Borisov.

The site offers opportunities for registration and participation to both citizens and politicians, with the latter being able, upon establishing incorrect information, to debate it and defend themselves.