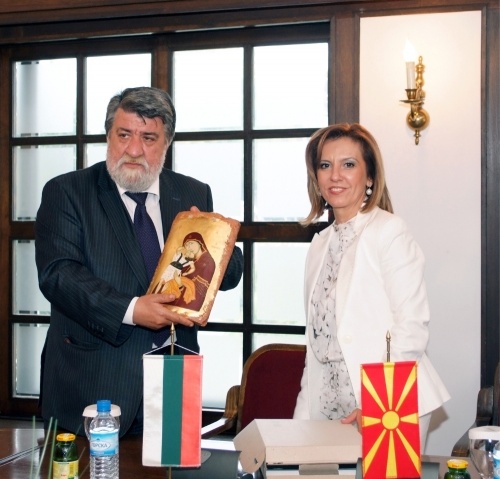 The culture ministers of Bulgaria and Macedonia have sealed a new cooperation program for the period 2010-2012.

Both ministers expressed their excitement over the program , which regulates the opportunities for joint projects in theater, literature, translation, publishing, library and museum activities, arts, exhibitions, music performances, and copyright law.

Rashidov and Kancheska-Milevska met after the end of a forum of the Council of Culture Ministers from Southeast Europe, which took place in Skopje on Friday and Saturday.

During the forum, Bulgaria proposed an emphasis on non-material cultural heritage.

Rashidov also invited the other Balkan countries to use actively the future Regional Center for the Preservation of cultural heritage that will open doors in Sofia at the beginning of 2011 under an agreement between UNESCO and the Bulgarian government.