Lothar Matthaeus, or the Great Expectations of Bulgarian Football 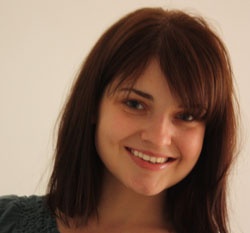 The appointment of Lothar Matthaeus as the new coach of the Bulgarian national football team was greeted with contradictory publications in the Bulgarian media.

Much more unanimous were the German newspapers who mocked, to say the least, the choice of Borislav Mihaylov, the President of the Bulgarian Football Union.

"No doubt that the clever Lothar had first checked the exact position of Bulgaria in the FIFA World's ranking and oh, look – he found that it was 54th, which is significantly further than the ranking of American Samoa, which is 203rd," one of the sarcastic articles said.

While it is true that Matthaeus had a record number of 150 appearances and 23 goals in the German national football team, it is also a fact that his coaching career is far from coherent.

He also co-trained the Austrian "Red Bull Salzburg" in the period May 2006 – June 2007 and coached the Israeli "Maccabi Netanya" in the period April 2008 - April 2009 to finally land as the new coach of the Bulgarian national team.

The German newspaper Badische Zeitung sarcastically reported the news. The article said that he came to Bulgaria after he searched on the Internet "Bulgaria – opportunities for marriage". From the first website he opened, he knew that he could find there his true love, the article said.

No wonder he is known as a Don Juan. Matthaeus is reportedly separated from his fourth wife. In general, personal life should not have any weight on the assessments of the professional qualities of a person. However, with Matthaeus' numerous marriages and job changes, it is not hard to put two and two together.

Although some of the Bulgarian media have assessed positively the appointment of the "legendary" Matthaeus, there were some who were not that enthusiastic.

"If you analyze the statements of Mihaylov on the selection of a new trainer, it becomes clear that he was acting in desperation. Among at least 25 candidates, Matthaeus was chosen because he offered the attraction of being a specialist, if only as a footballer, and making the lowest financial demands," the Bulgarian daily "24 Hours" said.

The article continues with the comment that his agreement to manage the national team of a foreign country with a staff consisting only of Bulgarian trainers only showed how much he needed the job.

Moreover, the reason for the appointment of the German was the fact that the Bulgarian national team lost its coach Stanimir Stoilov, who resigned after Euro 2012 qualifying defeats to England, and more damagingly, Montenegro in early September.

"No self-respecting trainer – only a bungler and an idiot – would promise to ensure that the team qualifies for the Euro Cup after two initial defeats, one of them at home," said "24 Hours".

Being negative is known to be a characteristic of the Bulgarian nation, so similar comments on Bulgarian side are no surprise.

However, it is not clear whether German media are being sarcastic because they genuinely pity Matthaeus and whichever team that would hire him, or because they still cannot get over the defeat they suffered from the Bulgarian national team in the 1994 FIFA World Cup.

At this tournament in the United States in 1994, the reigning world champion Germany faced Bulgaria at the quarter finals. After leading the first half of the match with a goal precisely by Matthaeus, at the end the Germans lost after the Bulgarians Hristo Stoichkov and Yordan Letchkov scored two goals and managed to kick them out of the championship.

Has Matthaeus forgiven the Bulgarians and will he manage to show them the well-known "German discipline" and put them back on track, no one can predict.

The one thing that is certain, however, is the fact the Bulgarian national football team needs a serious boost and a tough hand in order to achieve the glory of the team, who reached the fourth place in 1994.

Although Germans believe that in his coaching career Matthaeus had shown only "mediocrity and qualities of a vagabond", he is still the first foreign coach of the Bulgarian national football team since 1966 and this, if nothing else, is a hope for bright future not only for the football players, but also for all Bulgarian football fans.