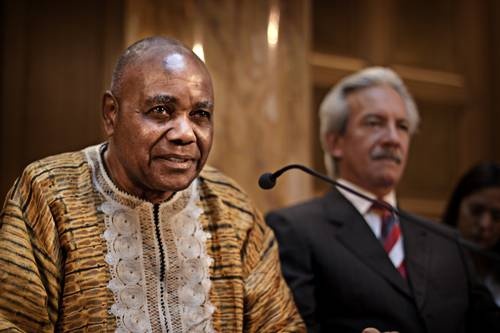 Bulgaria's largest English-language media Novinite.com (Sofia News Agency) was the only Bulgarian media to be represented at the 60th World Congress of the International Press Institute (IPI).

The 60th Congress of the IPI, a global network of editors, media executives, and leading journalists dedicated to protection of press freedom and improvement of the practices of journalism, took place last week in Vienna, Austria, and Bratislava, Slovakia, bringing together journalists, publishers, and media experts from around the world.

Novinite.com (Sofia News Agency) was represented at the IPI Congress through its affiliation with SEEMO (the South and East Europe Media Organization). SEEMO is a regional non-governmental, non-profit network of editors, media executives and journalists from newspapers, magazines, radio and TV stations, news agencies and new media in South and East Europe, which is an affiliate of the International Press Institute.

It held its regional conference on "Hate Speech and Stereotypes in the Media, Role of Media in Conflicts and War, and Professional Standards" after the end of the IPI World Congress.

In her "State of Press Freedom" Address at the Opening Ceremony of the IPI World Congress in Vienna, Alison Bethel McKenzie, Acting Director of the International Press Institute, told over 360 delegates from more than 60 countries that in the first eight months of 2010, 52 journalists were killed around the world.

"The threat to peace and understanding among nations and peoples is today as great as it was upon IPI's founding and the threat to press freedom around the world is undiminished. But let me also say resoundingly that our belief in IPI's ability to effect change is undimmed," Bethel McKenzie said. Mexico, with ten dead, was the most dangerous country for journalists. Honduras and Pakistan followed close behind.

"As a journalist myself, I am deeply humbled to share the stage with such shining examples of our profession" said IPI Acting Director introducing the heroes.

The members of the International Press Institute unanimously passed 10 press freedom-related resolutions. These covered: a call for the release of journalists in Iran; a call on the Ukrainian authorities to end impunity and allow independent television stations to operate; a call on Zambia to relinquish control of the media; the deterioration in Rwanda media freedom; a call on the Turkish authorities to release all imprisoned journalists; media censorship and oppression in Fiji; constitutional amendments and media repression in Sri Lanka; Cuban blogger and PI World Press Freedom Hero Yoani Sanchez; legislative developments in South Africa; and a deterioration in the press freedom climate of Europe.

The final day of the IPI World Congress was opened with an address by Slovakian Prime Minister Iveta Radicova in Bratislava.

Talking about the media in the old Slovakian Communist system and the country's transition to democracy, Radi?ov? highlighted the continued danger of sliding away from a democratic system. "Democracy is like love. If you do not care, you'll lose it very quickly," Radi?ov? told IPI congress delegates, many coming from countries in which press freedom and democracy are yet to be achieved or have been lost to dictatorial regimes.

Participants traveled from Vienna to Bratislava by boat and bus to participate in panel and town-hall style discussions, moderated by CNN anchor Jim Clancy on a variety of topics, from "Reporting on Extremist Politicians" to "Media Freedom in a Time of Change". (The interview of Novinite.com (Sofia News Agency) with Jim Clancy READ HERE)

In a closing presentation on the media situation in Haiti following the earthquake, the secretary general of SOS Journalistes in Haiti, Joseph Guyler Delva, who is also a correspondent for Reuters and BBC, explained how the devastation caused by the recent earthquake has affected journalism in a country where press freedom has been systematically violated in recent years.

"We are extremely honored and happy to have the opportunity to take part in both the World Congress of the IPI and the regional conference of SEEMO, two international NGOs that are contributing immensely on a daily basis to the improvement of freedom of expression and improvement of media standards around the world. We are indeed proud to have been affiliated with SEEMO, and, through them, with the IPI, since the latter's 58th World Congress in Belgrade," stated Ivan Dikov, Editor-in-Chief of Novinite.com (Sofia News Agency).

"Being an English-language media, Novinite.com (Sofia News Agency), with its real-time news website, and its online papers, The Sofia Morning News and The Sofia Weekly, plays a crucial role in informing people all over the world about news and developments in Bulgaria. For that and many other reasons, we are perhaps the Bulgarian media outlet that enjoys the greatest amount of freedom. The fact that we are 100% Internet-based gives us a unique perspective from which we can contribute positively to the development of media freedom and standards in Bulgaria and in our region in a time of rapid global change. We are looking forward to enhanced cooperation within SEEMO and IPI with our colleagues from Bulgaria and around the world to help achieve these goals," Dikov said.

Expect the interviews of Novinite.com (Sofia News Agency) with Oliver Vujovic, Secretary-General of the South and East Europe Media Organization (SEEMO), and with Alison Bethel McKenzie, the new Acting Director of the International Press Institute.