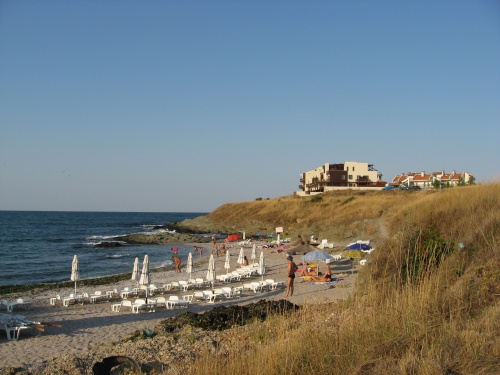 Bulgaria has seen 40% more Russian tourists year-on-year in 2010 so far. Photo by BGNES

Bulgaria is launching a massive advertising campaign in Russia in order to expand its successful performance with respect to Russian tourists in 2010 so far.

This has been announced by Deputy Economy Minister Ivo Marinov in charge of tourism at the Fall Tourism Expo in Moscow, as cited by the Bulgarian National Radio.

Marinov said in 2010 Bulgaria registered a record increase of the number of Russian tourists so far – 40% more than in 2009. The Bulgarian Consulates in Russia expect to issue the 300 000th tourist visa for Russian citizens this year within a few days.

The advertising campaign of Bulgaria in Russia will seek to present the country as an year-round tourist destination because of the fact that an increasing number of Russians are visiting Bulgaria not just as tourists but as owners of real estate properties.

The campaign will feature radio and TV ads, billboards, and articles in print and online media, said the Deputy Economy Minister.

"For us Russia is a strategic market on which we will continue to rely in the future. Our advertising campaign starting in October in Russia will focus on sea and ski tourism but will also include cultural, spa, wellness, eco, and rural tourism," Marinov explained reminding that last week the Russian Ural Airlines launched a direct flight connection between Sofia and Yekaterinburg.

Bulgaria's Ministry of Economy, Energy, and Tourism and 13 tourism companies and organization are presenting the country at the fall expo in Moscow with a pavilion of 100 square meters.