Bulgarian Doctors to Decide on Protest 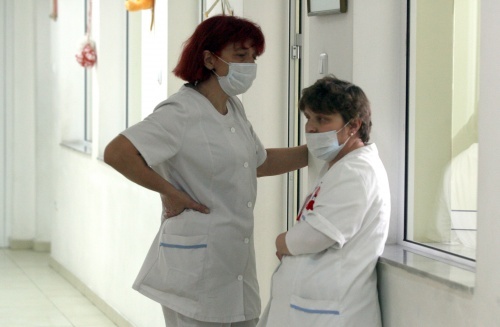 Bulgarian doctors will decide Friday how to protest against the government. Photo by BGNES

The Bulgarian Doctors' Union is expected to have an emergency meeting Friday to decide how to protest against the government.

The idea for a protest of the Bulgarian medics was announced after a meeting at the end of August between the head of the Bulgarian Doctors' Union, Tsvetan Raychinov, and the President of the Podkrepa labor union, Konstantin Trenchev.

The two have discussed the crisis in the Bulgarian healthcare system over the never-ending cuts in hospital funding.

Raychinov and Trenchev called upon the patients to join the protest because they are the most affected by the reforms in the healthcare.

The doctors repeatedly asked the government to unblock the reserve of the National Health Insurance Fund (NZOK) but their demand has not been fulfilled.

After a series of meetings and talks between the doctors and the government, the Finance Minister Simeon Djanqkov announced he could provide additional BGN 65 M to the hospitals, although NZOK already owes about BGN 125 M to the hospitals for the work they have done so far.

Because of the irregular payments by the Health Insurance Fund, the hospitals managers have announced they will submit a collective claim against the fund on October 4.