PKK Head: Turkish Kurdistan Wants to Be Like Catalonia 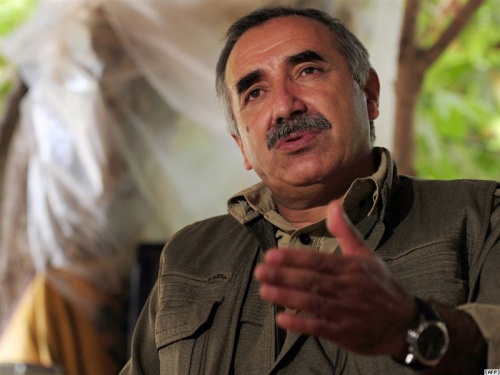 PKK is ready to terminate its armed rebellion against Turkey if Turkish Kurdistan is granted autonomy similar to the status of Catalonia in Spain.

This has been stated by Murat Karayilan, the leader of the Kurdistan Workers' Party (PKK) in an interview for Spanish newspaper Mundo.

In his words, if Turkey adopts a model of regional governance with autonomous regions such as Spain's, PKK will renounce its armed struggle for the independence of Kurdistan.

"If we get the autonomy of Catalonia – the Spanish region with the widest autonomy – we will put down our weapons and will give them to the UN," says the Kurdish leader in the interview that he gave to a Spanish journalist in the Kandil mountain in Iraqi Kurdistan, close to the border with Iran.

Murat Karayilan also explains that PKK decided to declare a ceasefire until September 20 because of the referendum for constitutional changes in Turkey taking place on Saturday, September 12.

"If the attacks and actions against the Kurds continue, we will have to change our strategy and put an end to our ceasefire. Then the conflict will enter a new phase with a campaign for civil disobedience among the Kurdish population," he threatened.

PKK, which is deemed a terrorist organization by the US and EU, has been fighting for the autonomy of the Turkish part of Kurdistan since 1984 in a conflict that has claimed 45 000 lives.