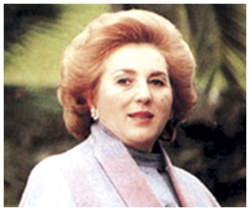 Bulgaria is set to mark the 120th anniversary since the establishment of operatic art in the country with a series of events.

Bulgarian Parliament Chair Tsetska Tsacheva, who is the patron of the celebrations, Sofia Opera chief Plamen Kartalov and leading Bulgarian conductor Borislav Ivanov are announcing the events on Sunday in the northern city of Pleven, the birthplace of legendary Bulgarian opera singer Gena Dimitrova.

The events include the opening of the anniversary season 2010-2011 of the Sofia Opera.

Operatic art in Bulgaria was founded in 1890 by three musicians Dragomir Kazakov, Ivan Slavkov, and Angel Bukoreshtliev with the participation of Italian and Czech musicians.

The Sofia Opera was formally set up in 1891 when the troupe pioneered by the three men split into a theater and an opera unit.

In a recent public campaign of the Bulgarian National Television to find Bulgaria's top events of the 20th century, the "Miracle of Bulgarian Opera" was voted number one with 26% of all votes.

In addition to Gena Dimitrova, top Bulgarian opera singers who acquired international acclaim throughout the 20th century conquering the stages in Europe and America include Nikolay Gyaurov, Nikola Gyuzelev, Rayna Kabaivanska, Kaludi, Kaludov, among many others.