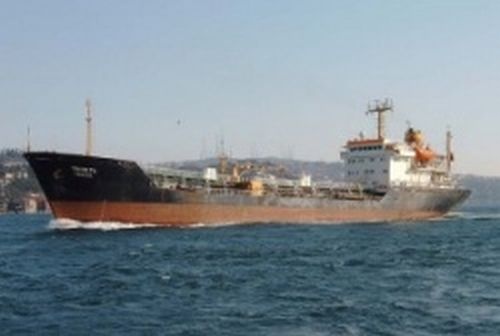 The 15-member crew of the Bulgarian ship MV Panega have been released by the Somali pirates who had hijacked the vessel and are in good health.

The news was broken Thursday afternoon by Bulgarian Prime Minister Boyko Borisov during the opening of a new children’s camp in the Kamchiya resort near Varna, and was immediately confirmed by the Navigation Maritime Bulgare (NAVIBULGAR) company, the Bulgarian owner and operator of the vessel.

On May 11, 2010, the MV Panega became the first ever Bulgaria-flagged ship to be hijacked by Somali pirates in the Gulf of Aden.

The Somali hijackers vacated the vessel at 11 am local time on Thursday, September 9, 2010, and the 15-member all Bulgarian crew took over, NAVIBULGAR said in a statement.

According to them, all Bulgarian sailors are sound and in good health.

“After regular contacts with the captain and after we just spoke to him, Navigation Maritime Bulgare confirms that the crew is fine as much as they can be after such an ordeal. One of the members of the crew had been wounded during the hijacking of the vessel but has recovered since then. The ship is in a good condition and is on its way to a safe port. According to our information, during the duration of the kidnapping, the Somali pirates behaved in a decent and bearable way,” said the Navigation Maritime Bulgare statement.

The only information about how the Bulgarian sailors were released was provided by Prime Minister Boyko Borisov. He said the release was made possible through the actions of the Bulgarian government and the ship owner Navigation Maritime Bulgare.

Borisov did not mention any specific conditions, including anything on the ransom that might have been paid to the Somali pirates in order to release MV Panega and its crew.

After Bulgaria’s Foreign Minister Nikolay Mladenov made it clear that the MV Panega is currently being taken by a tugboat to a safe port in Oman where the crew will undergo initial medical exams and treatment, the PM did say that a military transport airplane will be sent to Oman to bring home the Bulgarian sailors on September 15, 2010.

“The management of Navigation Maritime Bulgare appreciates the spirit and will power demonstrated by the MV Panega crew during the harsh experience. We believe that the kidnapping period was extremely hard, and understand the momentary discouragement of the sailors’ relatives, and would like to thank everybody for their courage and support. We thank everybody who participated in the efforts to release the sailors. The management of Navigation Maritime Bulgare would like to extend special thanks for the help in carrying out successful negotiations to Prime Minister Boyko Borisov and the Foreign Ministry led by Minister Nikolay Mladenov.

“We are extremely happy the crew are safe. Our priority now is to provide them and their relatives with support,” said Kiril Domuschiev, Chair of the Supervisory Board of NAVIBULGAR.

The company is not going to provide details about the negotiations with the Somali pirates that led to the release of the MV Panega.

“We believe that any discussions and comments on this issue will be irresponsible, and could threaten the lives of sailors that are still in captivity or may be kidnapped in the future. The management of Navigation Maritime Bulgare believes and hopes that the Bulgarian and international media will be understanding and respectful of this view,” declared the company statement.

The MV Panega, the first ever Bulgaria-flagged ship to be hijacked by Somali pirates, was traveling empty as it was en route to India to be sold for scrap.

Upon its hijacking The Director of Bulgaria’s State Agency “Sea Administration”, Sergey Tsarnaliyski, said the Bulgarian authorities hoped that the Somali pirates would release the MV Panega as soon as they realize that the ship carries nothing of any value for which they can demand a high ransom.

The MV Panega was hijacked in the Gulf of Aden by Somali pirates at about 7:30 pm Eastern European Time on May 11, 2010, even though it was sailing as part of an internationally guarded convoy, EU Navfor Somalia announced.

MV Panega with a dead weight of 5,848 tonnes, has a crew of 15, all Bulgarian. All 15 Bulgarian sailors are believed to have been captured by the Somali pirates.

The MV Panega was insured against piracy, and all ransom negotiations will be handled and carried out by the insurance company, officials said in May.

The MV Panega is the fourth ship with Bulgarian sailors on board to be hijacked by the Somali pirates. In the first half of 2010, a total of 13 Bulgarian sailors from the crews of the St. James Park and the Asian Glory ships were kept in captivity for several months.

The first case of Somali kidnapped Bulgarian sailors was in April 2009 with the hijacking of the Malaspina Castle, which was released for a USD 900 000 ransom in about two months. The ship's 24-member crew had 16 Bulgarians.