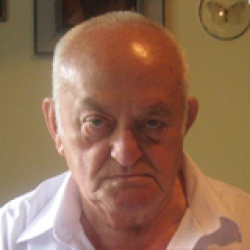 The Bulgarian writer Atanas Seykov has passed away at 82 years of age. File photo

The Bulgarian writer, publicist and lexicographer Atanas Seykov has passed away at 82 years of age.

Seykov was born in 1928 in Sofia. In 1964 he graduated from the Pedagogical Institute in Budapest, majoring in Esperanto studies.

He has worked in a newspaper. At the mean time, he has also been a teacher and and English translator in the Bulgarian city of Plovdiv.

For his book "Japan in my life" (1995), Seykov has received the title "Doctor" from the Library of Congress of USA. He has also provided free copies of his book for all the libraries in Bulgaria.

Seykov is the first Bulgarian that has been announced as a significant person for the 21st century by the International Biographical Institute in Cambridge, UK.

His books published between 1979 and 1998 and were very popular in Bulgaria.