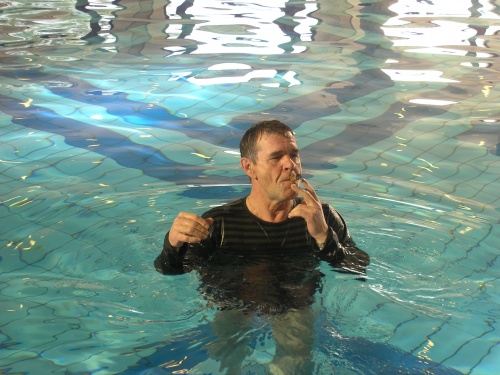 Russian superstar, Alexey Buldakov, known for the movie "Peculiarities of the National Fishing," smokes a cigar as part of of the filming of a TV commercial for the Russian market in the pool of the five-star SPA hotel complex Emerald Resort in Bulgaria's

Russian Investment funds show increased and growing interest in Bulgarian SPA centers both on the Black Sea coast and inside the country.

The information was reported by the Bulgarian National Radio (BNR) Tuesday, citing the President of the Bulgarian branch of the international real estate federation FIABCI, who said Russian investors are inquiring about possibility to purchase entire complexes at once.

According to the President, this a a new trend to replace individual private Russian interests in Bulgaria's tourist sector. The investment funds also wish to purchase land plots near SPA sites to build their own vacation homes and attract wealthy customers who would come for both leisure and health procedures.

The trend has been noticed this year where investors would later resell the apartments to individuals or resell the land plots on the Russian market.