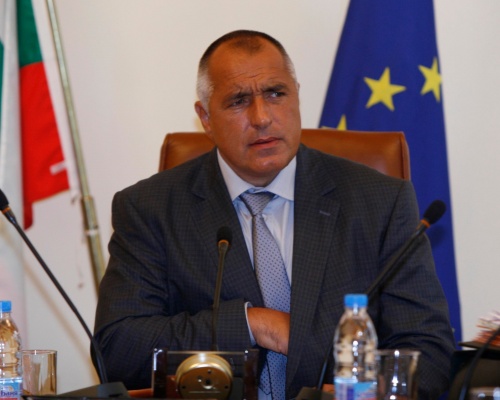 Bulgarian PM Boyko Borisov stated he does not feel obliged to respond to criticism leveled against his cabinet by opposition Socialist Party and supportive Blue Coalition at the start of the new political season.

He also said he does not feel threatened by a non-confidence vote promised by socialists MPs.

"I have not felt worried by the Bulgarian Socialist Party's actions for years," said Borisov in an interview for bTV.

"I do not have the intention to explain myself neither to the red, nor to the blue coalition," added he, motivating that with what he saw as the good economic situation of Bulgaria relative to other fellow EU members such as Greece, Romania, Spain, Portugal and even Germany.

The Bulgarian also pointed out what his saw as his government's success in combating organized crime and vowed 80% EU funds absorption by the end of its term in office 2013.

"With all my due respect to Kostov, he knows which part of Bulgaria's economy is falling asleep, because this happened during his term in office," stated Borisov.

Former Bulgarian PM (1998-2001) and current co-leader of the Blue Coalition Ivan Kostov last week coined a metaphor in which he saw the Bulgarian economy as a hungry bear retreating to its den.