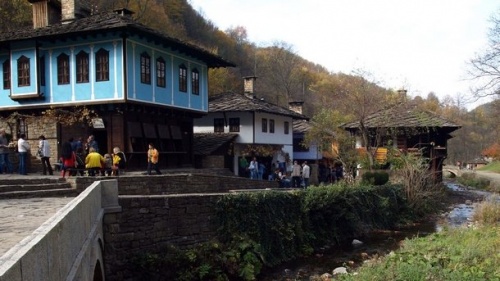 The ethnographic complex "Etara," near Bulgaria's central city of Gabrovo. Photo by BGNES

The fair includes in its agenda a conference titled "Past, Present and Future of Traditional Crafts."

The event offers demonstrations of pottery, cutlery, coppersmiths, basket weaving, rope making, wool dyeing, and many others from top craftsmen from all over Bulgaria. International demonstrations include participants from Romania, the UK, Morocco and Japan.

There will be also a contest for stitches from corn husk and the works will be on display in front of the famous "Sakova Kashta" (Sako's House).

Numerous folk dance and music performances will accompany the event.