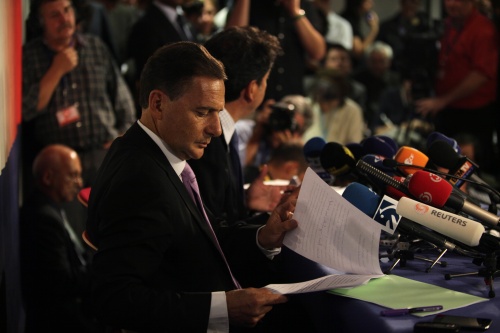 France responded Tuesday before the European Commission to the staggering criticism over its policy of deportation of Roma by saying it fully complies with European legislation.

The French Minister of Immigration, Integration, National Identity and Mutually-Supportive Development, Eric Besson, told reporters after his meeting with Viviane Reding, EC Vice-President and Commisioner for Justice, Fundamental Rights and Citizenship, and with Cecilia Malmstr?m, Home Affairs Commissioner, the actions of the country's authorities became the topic of many unfair caricatures and unacceptable insinuations. Besson, who was accompanied by the French Secretary of State in charge of European Affairs, Pierre Lellouche, announced the talks have been sincere, deep and constructive.

Last week, Reding stated Roma deportation is a source of some alarm and insisted France observes, as other Member States, the right of free movement of all EU citizens.

Besson responded Tuesday by saying this right is a wonderful, but not unconditional privilege and does not need to be abused by people committing illegal activities, including human trafficking.

The Minister further pointed out each Member State bears responsibility for the social and economic integration of its own citizens, hinting Roma integration is mainly a problem of Romania and other countries Roma came from.