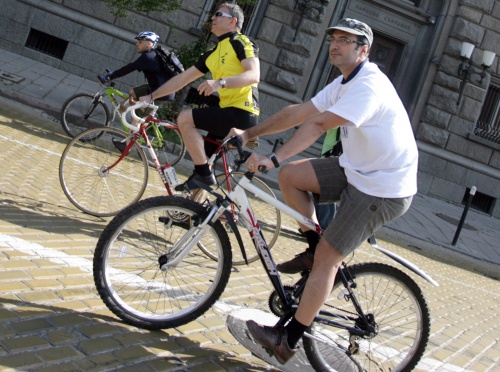 “No mountain hut should be closed or replaced by apartments or hotels,” stated Traikov, who is also the minister in charge of tourism in Bulgaria.

Traikov was speaking at the top of Cherni Vrah summit nearby Sofia at a gathering of more than 4000 hiking enthusiasts to mark the 115th anniversary of organized hiking, mountaineering and tourism in Bulgaria.

The economy minister's statement comes as a response to worries recently voiced by the Bulgarian Tourist Union, which manages the mountain cabin network, that oligarchs are eying the huts and trying to acquire ownership rights to them, presumably to construct hotels.

At Sunday's gathering Traikov voiced strong words regarding the preservation of Bulgarian nature, which according to him is the duty of all citizens and the government alike.

Minister Traikov promised full governmental support, both on the part of his ministry and on the part of the Ministries of Regional Development and of Sports, for the preservation and bettering of Bulgaria's mountain cabin network.