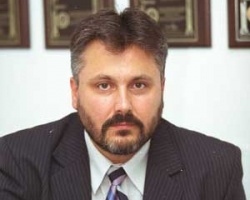 Rumen HItchev is the first Bulgarian to be honored by the Republican National Committee in the United States. Photo by M3 Communications Group

The Chair of the Americans of Bulgarian Descent Federation (ABDF), Rumen Hitchev, was the first Bulgarian in the US history to receive Order of Merit form the US Republican National Committee.

Hitchev has been awarded for his permanent commitment, loyalty and dedication to his work for the Republican Party and the United States.

In the last 15 years, Hitchev has been working in the healthcare in the U.S., particularly in the field of organ and tissue transplantation medicine.

In 2008, he became the first Bulgarian founder of the Republican National Committee (RNC) and a member of a special committee dedicated to the RNC Chair, Michael Steele.

Hitchev is also known as a Chair of the Americans of Bulgarian Descent Federation, which contributes to the development of the relations between the United States and Bulgaria.