Iraq 'Ready' to Cope without US Army 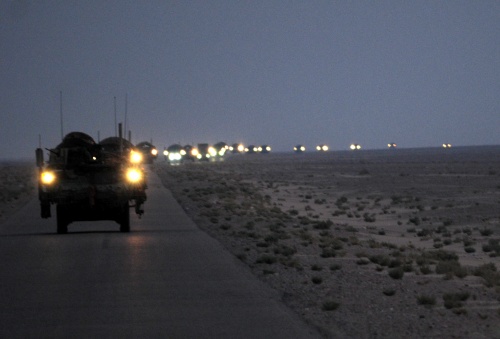 US troops pulling out of Iraq. Photo by Multinational Forces in Iraq / EPA / BGNES

Iraqi security forces are prepared to completely guarantee the order in the country after the American pullout, said the spokesperson of the Iraqi government Ali al-Dabagh.

Earlier Thursday it was reported that the last US combat brigade in Iraq has left the country and crossed into Kuwait, seven years after the start of the US-led invasion that toppled the regime of Saddam Hussein.

Speaking for AFP, al-Dabagh said that the US pullout is a result of an agreement between Iraq and the USA and is completely planned and timely.

He stressed that Iraqi security forces are adequately prepared and trained.

The spokesperson further played down the importance of the fact that the Iraqi Parliament has this far failed to elect a government five months after general elections in March.