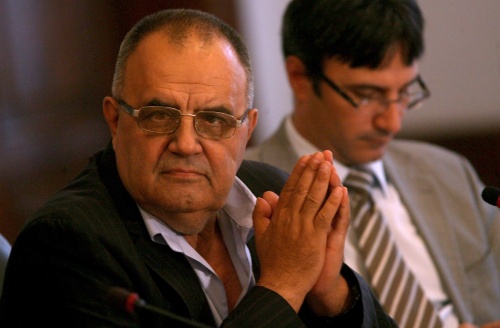 Bulgaria’s Diaspora Minister Bozhidar Dimitrov, who recently made headlines with controversial statements, is profiting from murky publishing deals with local authorities, according to a report.

The Bulgarian paper 168 Chasa Weekly reports in its Friday issue that in the last few years the controversial minister and famous historian got contracts with the municipalities in Southeast Bulgaria for books that he authored and that were published by a firm called Akshaena 2007, of which 1/3 is owned by his daughter Maria Dimitrova.

The luxury editions which talk about the history of each of the municipalities are said to have cost the local administrations between BGN 15 000 and BGN 60 000.

The Burgas Municipality is reported to have paid for a luxury 206-page “History of Burgas” written by Dimitrov “with lots of shiny photos and little text.” One of the historical books is reported to have been published anew because it was attacked by local historians over “many spelling, factual, and style mistakes.”

The weekly paper has entitled its article using a word play of Dimitrov’s name and his recent notorious statements after the discovery of the alleged relics of St. John the Baptist in Sozopol, in which he called the Bulgarians and the Bulgarian archaeologists “fucking people.” A rough translation into English of the title of the 168 Chasa article is “Fuckidar Fuckerov”.

Dimitrov has authored what is described as problematic history books for the municipalities of Burgas, Sozopol, Nessebar, Pomorie, and Zlatograd.

The weekly also points out that Dimitrov’s academic title that he got in the Bulgarian Academy of Sciences in 1985 is “Senior Research Fellow, 2nd Degree”, and that he should not be called “a professor” as he is popular.

“He claims that he never called himself a professor so this title must have stuck to his name on its own,” stated the article.