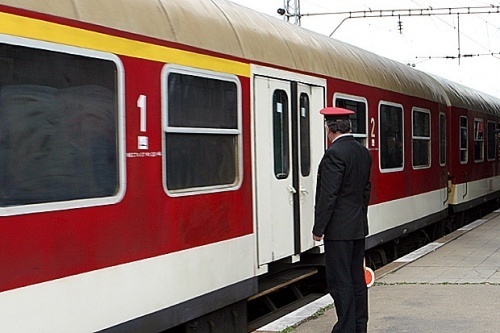 Bulgaria's BDZ has recorded a BGN 10 M more profit in teh first half of 2010 than the same period last year. File photo

The Bulgarian Minister of Transport has announced that the country will request a loan from the World Bank for helping the Bulgarian State Railway Company BDZ.

The Bulgarian private TV channel bTV has reported that there have been negotiations with the president of the President of the World Bank, Robert B. Zoellick, for a loan needed for the saving of BDZ.

“The railroads’ problems are the huge credits and debts to the suppliers that have been piling up in the past two years of the ruling of the Three-way Coalition” Minister Alexander Tsvetkov said.

According to him, this is the reason why the World Bank should help BDZ.

“We are talking about BGN 450 M, which would be granted in tranches in the next few years. Now the main task is to stabilize the Bulgarian railway operator, so that it can function normally,” the minister said.

Tsvetkov has also announced that the country’s railroads have recorded BGN 10 M more revenues in the first half of the year, in comparison to 2009.

“The envisioned measures for stabilization of the Bulgarian railway operator BDZ are already showing results. The plan for BDZ is to have a positive financial result in 2014,” the minister said Monday.

He pointed out that the envisioned measures for improving BDZ have been more than 100 because of the bad situation the railway operator has been in.