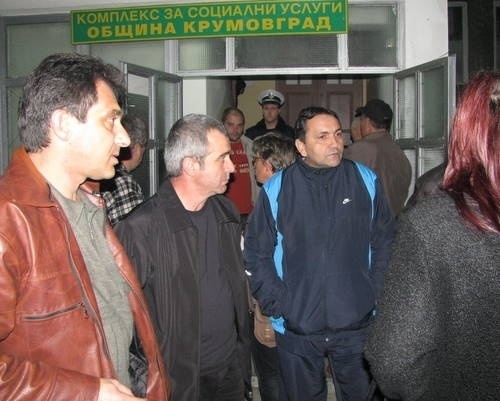 Flashback to the scenes when the news of the deaths of three teenagers swept though the southern Bulgarian town of Krumovgrad. Photo by BGNES

The Regional Prosecutor’s Office in Bulgaria’s southern city of Kardzhali dismissed Thursday the case against four individuals over an explosion at an orphanage which resulted in the dead of three children.

The fatal explosion occurred on December 5, 2009 in the town of Krumovgrad. One of the boys died on the scene while the other has been taken to the Krumovgrad hospital where he later died. A third boy was listed in critical condition in the hospital in the regional center – the city of Kardzhali, and died during surgery.

The orphanage did not have security guards, which according to the mayor is a wide-spread practice, aiming to provide more serene environment for the children in the institution.

The four people, who until now were facing charges, are the Principal of the orpahanage “New Life,” Svetoslav Dayov, the children’s supervisors, Shengyul Hasan and Krasimir Terziev and Hamdi Ali, the heating attendant at the home. Ali later committed suicide by hanging himself inside the family house.

Ali was accused of having given the children what he and they thought was a loudspeaker, which turned to be a mine explosive. A fifth individual, Valentin Valkov, a former serviceman, has been turned to the Court Martial in Plovdiv on Thursday.

The probe did not lead to evidence that Dayov, Hasan and Terziev have violated their duties and any grounds to charge them with manslaughter. As far as Valkov, the prosecutor says he must be probed further because for a long time he took out from the Krumovgrad barracks military property and kept it at Ali’s house both when on active duty and in the reserves.

Krumovgrad is a small, dilapidated and impoverished town, with mostly ethnic Turkish population, located close to the border with Greece. The border region is known to have been once strewn with mines and many of them are still buried in the ground.