BP Claims to Have Stopped Gulf of Mexico Oil Spill 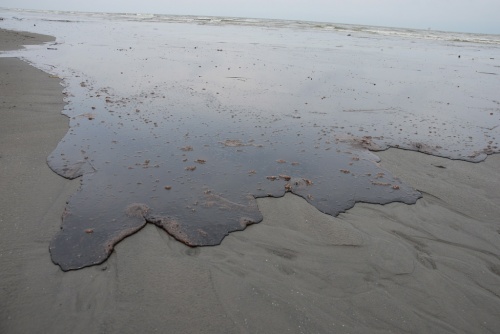 Petroleum-soaked island off the Louisiana coast, June 3. Photo by EPA/BGNES.

British Petroleum announced Wednesday that the "static kill" operation it performed to stop the Deepwater Horizon oil spill in the Gulf of Mexico has had the "desired outcome".

In the operation, heavy drilling fluid was forced in the gaping hole from which oil was gushing at a rate of over 60,000 barrels per day.

The operation lasted 8 hours and BP claims that the pressure exerted upon the well has balanced well the outflow.

The Deepwater Horizon will nevertheless stay under close observation to ensure that the stoppage was actually successful.

The news comes 106 days after an explosion left the well leaking, polluting vast areas of water and coastline in the Gulf region, with devastating effects to local wildlife, fisheries and tourism.

After controversy about how much BP can be made liable for due to the disaster, end of June the US Congress adopted a bill mandating unlimited liability for deepwater drilling companies.