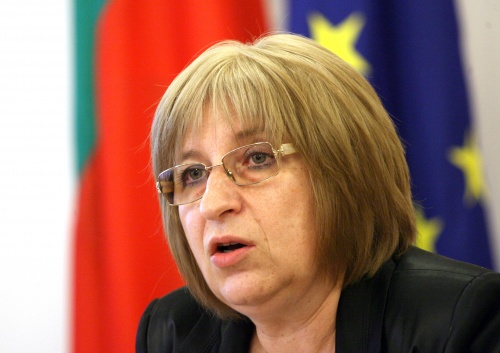 The restaurant, in which Nichita has tried to enter, has been reserved for the speaker of the Bulgarian Parliament, Tsetska Tsacheva. Photo by BGNES

The prosecution in Veliko Tarnovo requested permanent detainment for Rompetrol Bulgaria CEO Sorin-Octavian Nichita and his Romanian companion Ionu? Pânzaru, who are charged with causing mayhem and interfering with the work of police officers.

The two Romanian citizens were arrested in Arbanassi near Veliko Tarnovo after midnight Friday, when they entered in a brawl with police and security guarding of Speaker of Bulgarian Parliament Tsetska Tsacheva, after being denied entry into the restaurant at which he dined with other official guests.

It appears that charges against the two Romanian citizens were officially filed Sunday, after being prematurelly announced by Tarnovo police Saturday.

The Veliko Tarnovo court will decide whether to actually keep the two under arrest later Monday.

The police and the arrested have widely diverging versions of the incident, with each of the parties accusing the other of gravely improper conduct.

Curiously, Bulgarian media are still continuing to misquote in various ways the names of the arrested Romanian citizens.